Mermaid at Any Age is honored to be working with these industry leaders. 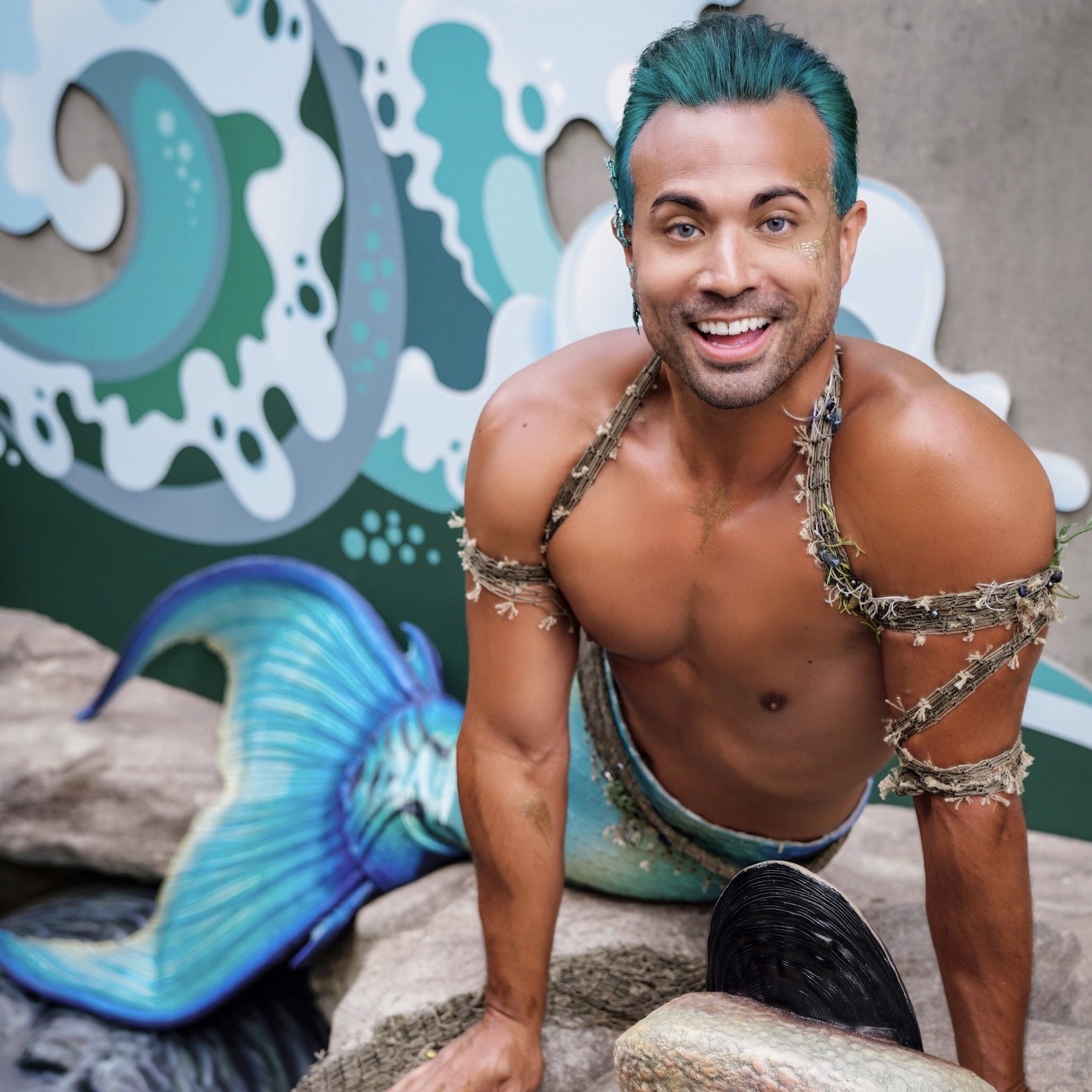 Based out of Los Angeles CA, but originally from the San Francisco area, Merman Jax (Jack Laflin), has always had the sea in his veins. From his Irish heritage on father’s side, his last name origins literally means Land of Lakes. The Irish grandfather he was named after was a sailor, while his Filipino grandfather was an abalone diver. He has always been inspired by the men in his family and their connection to the sea.

As the most actively working professional merman for about 10 years, he also founded and runs his own event entertainment company, Dark Tide Productions. Not only does he actively work in the private event industry, he also works in the public Hollywood entertainment industry, featured in multiple commercials, including a nation-wide Jack in the Box advertisement. He leads the merfolk teams for a variety of events including The Pirate Invasion of Long Beach, the largest pirate gathering on the West Coast of the US, The Labyrinth Masquerade Ball, the largest fantasy-masquerade ball in North America & top 5 in the world, and events with the Santa Monica Pier, the most popular tourist destination in California. A frequent guest swimmer of Dive Bar in Sacramento and a producer for The California Mermaid Convention, the longest running mermaid convention in the world. He is also a Verified account on Instagram and an Ambassador for Finfolk Productions.

His company Dark Tide Productions is rooted in diversity and has become a leading force in suppling mermen, LGBTQIA+ performers and entertainers of color. Merman Jax seeks to create a world where the merfolk of the world who feel different, not only feel accepted, but celebrated and given the professional opportunities that many do not afford them. He and his company also support a variety of charity events including Make a Wish, AIDS Walk Los Angeles, Wolf Connection, Breakfast with Santa, shark ‘adoption’ through the Aquarium of the Pacific and of course the CBS Studios Pirate fundraiser. 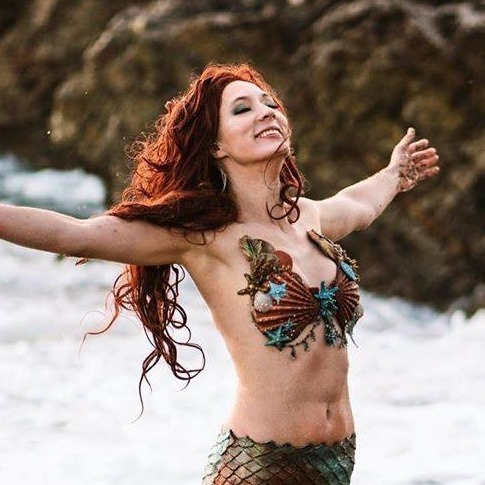 Iara Mandyn is an award-winning mermaid, performer, and instructor who specializes in underwater work. She has been in the industry for over 10 years, three of which she spent working at the SF Bay Area’s only dedicated underwater shooting studio as head promotional model, choreographer, and underwater talent coach. She uses this experience as a freediving and mermaid instructor to build student's confidence in the water, with an emphasis on creative expression and safe practices. She believes that performing underwater is liberating in an entirely unique way, and loves helping people bring out their individual personalities for the camera. Her aquatic performances and videos have been shown world-wide, including pieces in Montreal’s Cité Mémoire, the Berlin Festival of Lights, Italy’s Opera Stage, and Migration’s dance video tour in Wales. 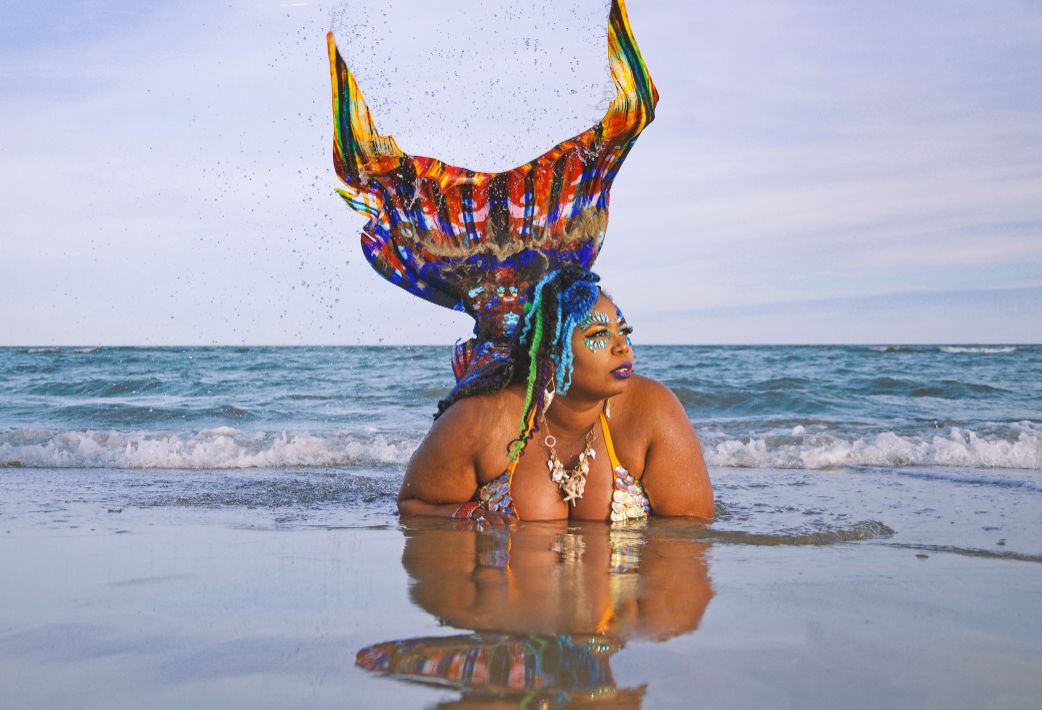 Mermaid Chè Monique is a DC area based mermaid performer, model and MERtivational speaker. Being a mermaid was a lifelong dream of Chè’s and mermaiding is her way of reminding the world that anything is possible. Chè Monique’s high glam images spread messages of body positivity and defy stereotypes in a fun and celebratory way. Chè creates uplifting and motivational videos found on her YouTube channel. Chè Monique is the founder of Society of Fat Mermaids, a size inclusive clothing line and celebratory community. You can find Mermaid Chè Monique online at www.mermaidchemonique.com (Photos are by Your Rouge Photography) 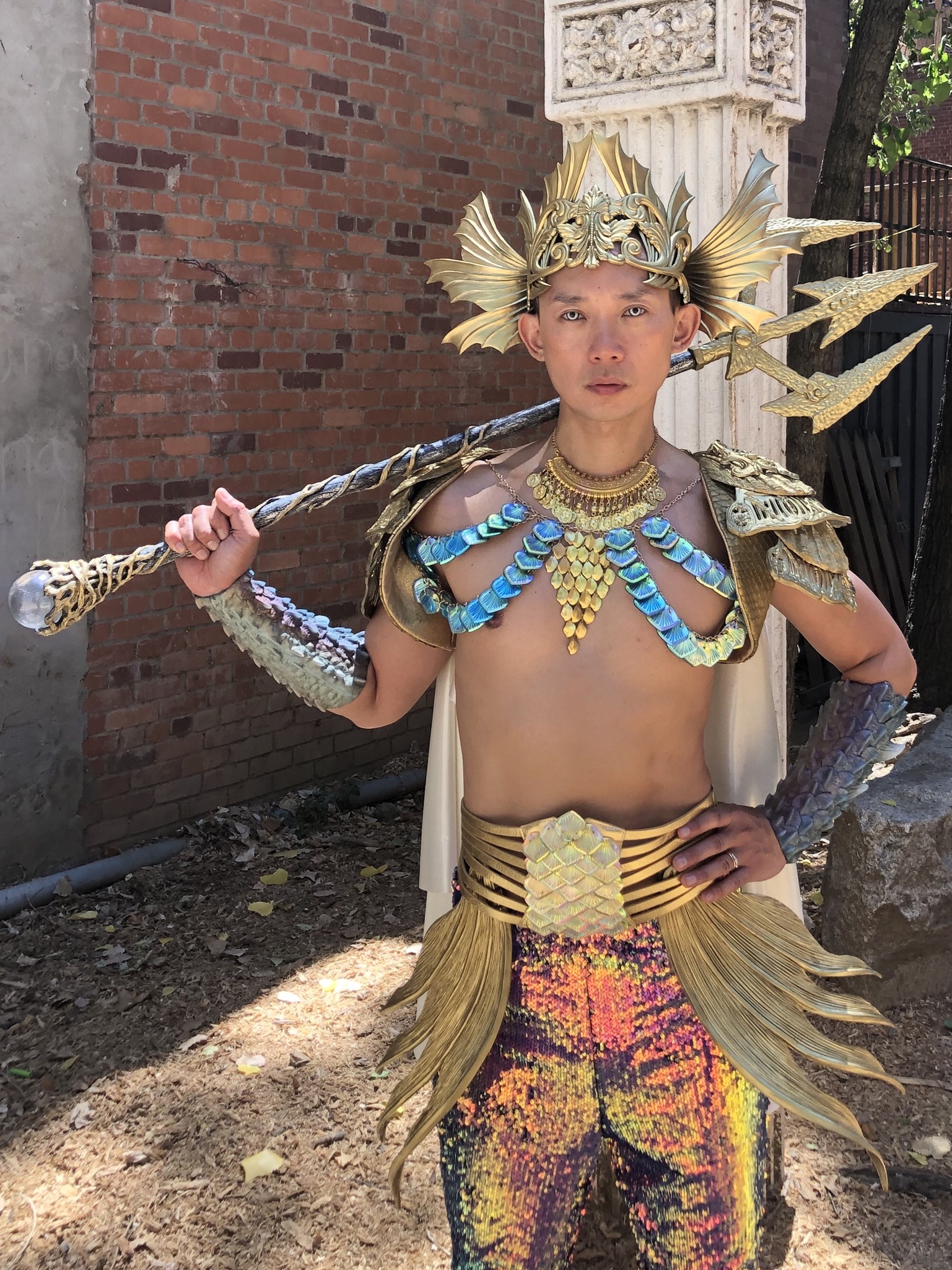 Merman Icarus joined the Mer community in 2017. While not a professional Merman, he was invited to be part of the Dark Tide Production for Pirate Invasion Long Beach in 2019. He was crowned the Mer King in 2018 during the Mermaid Promenade in Sacramento. In addition, he was also crowned as the first Mer King during the inauguration of The California Mermaid Convention in 2019. While on land, Merman Icarus spends much of his time creating mercessories for the Mer community. Please check out his Instagram for more details. 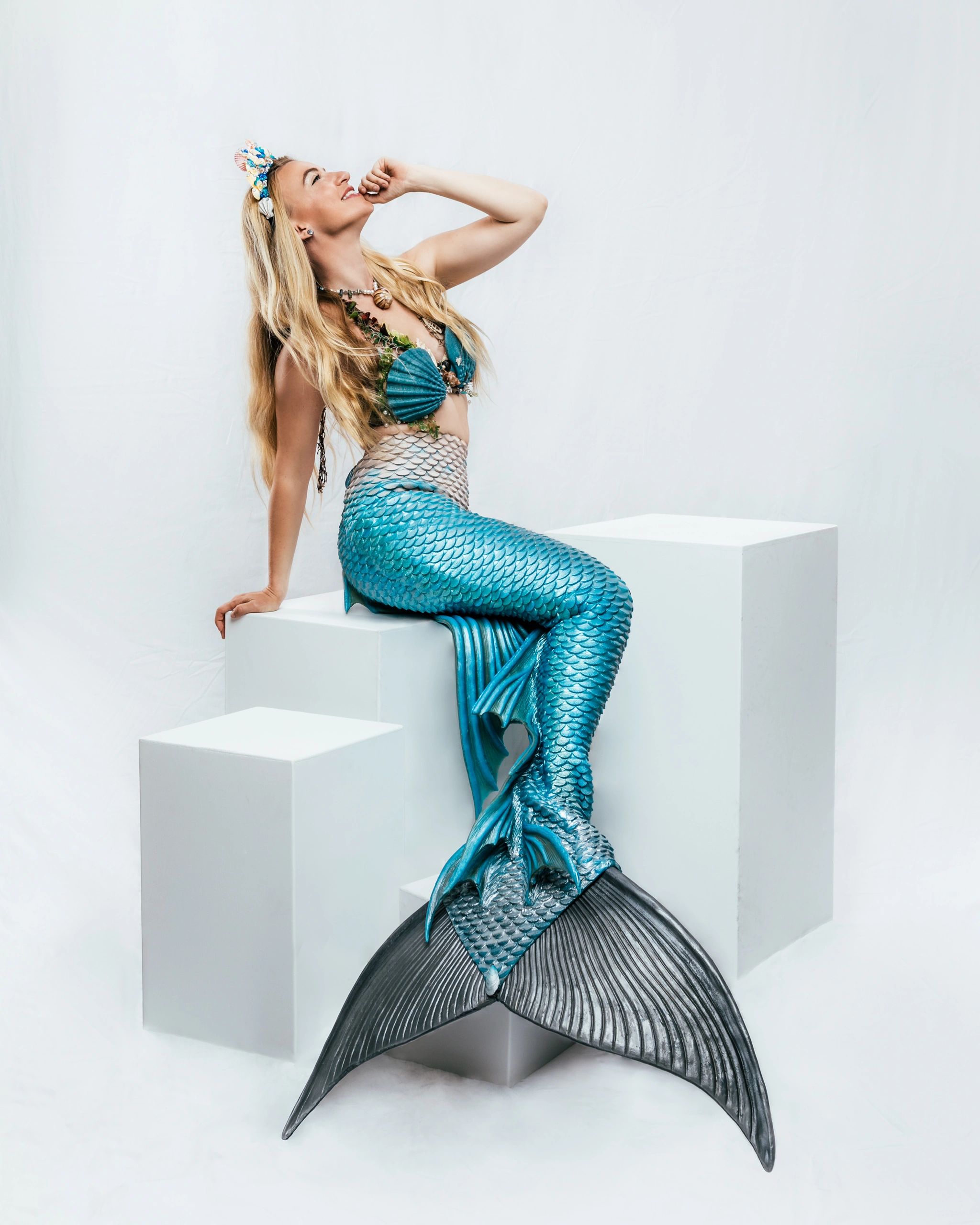 Mermaid Rachel is one half of the mother/daughter team of Mermaid and Mom. She has been the Head Mermaid at the Dive Bar in downtown Sacramento since their opening year in 2011. She trains, schedules, hires and performs with Dive Bar's team of mermaids and mermen who swim nightly in a 40ft saltwater aquarium.

Since becoming a professional aquatic entertainer, Mermaid Rachel has traveled through the United States, and internationally, showcasing her skills at corporate events, as an underwater movement and modeling coach, giving lectures at mermaid conventions, and being a featured performer in documentaries and films. Throughout California, she has performed at countless parties and events for children and adults, both on land and in water. In 2019, Mermaid Rachel and her business partners produced, planned and executed the first ever Mermaid Convention in California - The California Mermaid Convention!

(aka The Singapore Mermaid)

Syrena, Singapore's First Mermaid is a pioneer in the business of being and making mermaids. Syrena carved out a niche years ago as Singapore's first professional mermaid performer. She has been credited for raising the profile of Asian mermaids in the global arena.

Syrena is the founder of the illustrious Singapore Mermaid School, recognized locally and internationally. Teaching both kids and adults, it is the first mermaid school in the world to champion an immersive & progressive syllabus blending theory, a sense of community and culture-building, strong core values, and physical learning.

The Singapore Mermaid School has a large local student base, and also counts international visitors, celebrity clients, and royalty among its students. It is known for its reputation for excellence, value-creation, and community-building the vibrant Singapore Mermaid Pod.