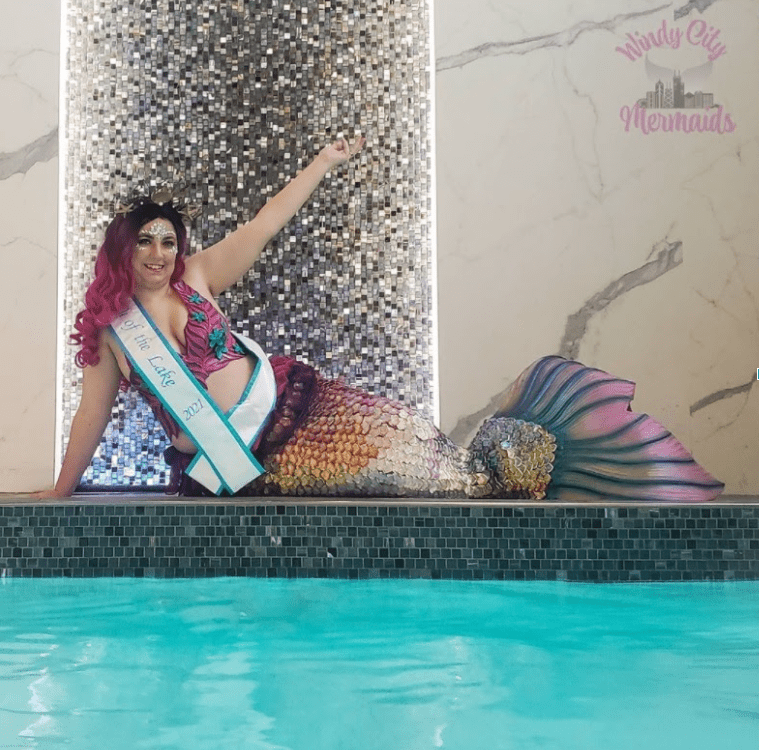 I’d be lying if I said I didn’t like being the center of attention, and I’m sure any other working mer can relate. But I’m learning that it’s important to pass that spotlight over. I wanted to talk a little bit on how I’m learning to be more inclusive. I’ve still got plenty more to learn- it’s a journey! (Like that Miley Cyrus song- it’s the climb!)

Growing up, I was a skinny, white, Christian girl who went to private school down in Florida. There were maybe four or five kids of color in my school, no one would have admitted to being gay (they probably would have been kicked out), so I grew up in that privileged bubble. Shoot, I grew up thinking I was the more disadvantaged one, since my parents didn’t have a lot of money (my grandparents paid for my schooling), so no dentists, or doctors, business owners, etc. I knew next to nothing about the real world.

As I grew older, had kids, and moved away from my upbringing, I finally started to catch a glimpse of the world. It probably started when I actually got to know and befriend people who were gay. I sat and thought about why I had issues with gay marriage. Like, who is it hurting- literally no one. There’s not really any “sanctity of marriage” in a world filled in infidelity, domestic violence, etc. Those are the real issues. (This is also where I began my political journey, and switched from Right to Left, but I’m not gonna go there today).

Several years later, I made my way into the merfolk community. I had grown up pretty much always seeing skinny white mermaids, from Ariel to the Weeki Wachee mermaids I got to see as a child. It’s really the first time I got to really see firsthand the variety of people that exist. I had “known” about them, but now I was meeting them, swimming with them, and actually getting to know them. Not just those of different sexuality or race, but also size and gender, and so much more. I got to hear their stories about their experiences, and they’ve become my friends.

I was blessed to be able to visit the AfroMermaid Summit down in Miami earlier this year. I loved meeting Mermaid Ginger.  Seeing a popular and successful performing mermaid who was similar in body type to me (now that I’m no longer a skinny little girl- lol) gave me hope for my future mer-career. While I know that representation matters, that really hit the nail for me getting to experience it, even if in just a tiny way. Seeing people who look like you in the positions you want to be in REALLY makes a big impact.

I also got to experience and learn things that would have never even crossed my mind. AfroMermaid sells these baseball style hats. I took a look at one and noticed the big opening in the back and asked about it. It’s so they don’t flatten afro-style hair. That’s brilliant! (Well at least I think so) I never even knew this was an issue people had (my privilege showing again), and I realized I need to watch, listen, and observe more. https://www.afromermaid.co/product-page/afro-cap

So that’s what I’m doing! I’m following and highlighting more mers of color on my Instagram (I may not have the biggest following, but I hope I can bring a little bit more visibility to their portion of the community), watching and listening to their journeys and stories, helping where I can, taking a step-back and growing when I can. It’s brought me to where I am. An ally. To mers regardless of color, gender identity, size, sexuality, etc. We’re a spectrum, a rainbow, and it’s bright and beautiful, especially when all together!

What’s next for my journey? Well, I don’t know. I’m working on starting a mermaid entertainment company here in Chicago. I will hopefully have mermaid applicants of different backgrounds that I can grow alongside. I have started my own little pod, Windy City Merfolk Pod, it’s still quite small, but will be a safe place for merfolk of different backgrounds. I’m working on using better, more inclusive language starting with the use of someone’s pronouns. And if someone points out something I’ve worded or said wrong, I’m learning to not be defensive about it- but to change it. (This happened recently when I used the word “g*pped”, I had no idea it had a negative connotation to the G*psy slur for Romani people.)

Thank you for taking the time to read about my journey. Let me know how you’re learning to be more inclusive, or if you have any suggestions to help me along!